Ok, I need to vent. It isn’t an angry rant like you might expect. I don’t have PPD; Amy is amazing and I love her so much. I haven’t really posted about this publicly until now, maybe because birth struggles are still a bit taboo; probably more because of the rosy glow to life that social media encourages/spawns and I don’t want to be a Debbie downer or look like I’m asking for sympathy.

So, what on earth is this about. Apologies now to the TMI or squeamish crowd; here’s the backstory. Amy was born really fast, especially for a first baby. I wasn’t even dilated when we went to the hospital; wasn’t having contractions; we went in one night because I was having some bleeding all day and called a nurse before going to bed to see if it could wait until my 9am appointment. She said since I was already a week past due, I should go in and have it checked out. So, we grabbed our bags on a Wednesday night in case we ended up staying, and I felt bad for ruining Mark’s sleep on a work night. Contractions started while we were in the triage room, around 2am. Amy was in my arms 6 hours later, no pitocin or anything. She decided it was go time and came out all at once, so I had to be stitched up pretty good. All normal.

6 week checkup for me, and it still isn’t healing quite right. “It has to heal from the inside out,” so it will take time. 8 weeks. 10 weeks. At 12 weeks I was supposed to return to work, and my doctor said I should probably extend my leave. There was a pretty big gap where the stitches didn’t take, and it just stopped making progress. She ended up calling me a few days later, and told me that I needed to have surgery. An episiotomy revision.

Just hearing the word episiotomy is enough to make you cringe, but doing it this far after delivery really surprised me. She expected to just cut out and restitch the part that hadn’t healed, which would be about 3 weeks of recovery. As much as I really, REALLY didn’t want to have surgery, if this 12 week battle with no end in sight could actually be done with in 3 more weeks, it seemed worth it. So, I had the surgery.

When she got in there, she realized there was more to repair than she thought, and ended up having to redo the entire thing. Two birth recoveries for one baby.  Except this time it was worse. At 2 weeks after the surgery, I still couldn’t sit in a waiting room or dining room chair. I’ve spent all of my time on the couch. My mother-in-law had planned to be doing day care for us when I returned to work, so she has been coming over during the day to help with Amy since I can’t really bend over, sit on the floor, etc.

If you’re still with me, we have arrived at the point of this post. Now I’m at 3 weeks post surgery, and writing this post on my phone while lying in bed. I am on Facebook about 18 hours a day. I just want to be a MOM, I’m so tired of being a patient. I want to be able to play with my baby, to take her out of the house when she’s fussy, to go to the library or swimming or just walk around a park. I know she won’t have memories of any of this, but I will, and I feel like I’ve missed out on the best part of her new little life; soon (assuming I ever heal) I will be back at work and won’t have had a chance to spend quality time with her, outside of nursing.

I know this is super hard on Mark as well; he comes home from work and has to take over taking care of both me and Amy.  He was trying to do some work at home the other day and Amy was fussy on her play mat. He got frustrated because he couldn’t concentrate. He said something like “I used to be able to come home and get something done.” I wanted to say, “Was that before you had a kid, or before your wife had surgery?” but I just didn’t say anything because that wouldn’t be productive.

I cry a lot. I know it isn’t unusual for new moms, and as I said when I started out the post I don’t think I’m dealing with depression, more like oppression. I’m so tired of being held back from my baby. I’m so tired of being stuck at home because it still hurts to sit in a car. Even if I went somewhere, it hurts to walk around so I don’t, in case it would make this recovery last even longer. I want to be able to EXERCISE again. Even just evening walks with Amy would be a delight.

To anyone that hasn’t had kids yet and is afraid of tearing/an episiotomy, honestly don’t be. What happened to me is super rare, and it wasn’t that bad the first time. You are so distracted with figuring out what to do with a baby that your recovery is a side note.

To anyone who has had to be restitched, solidarity. This is the hardest thing I’ve ever done. I feel like I’ve failed at being a mom, a wife, an employee, a person. I see my doctor again in a few days, but all I expect to hear is “it looks about the same”. Ugghhhhhhhh.  I don’t even remember what it was like to not hurt all the time. Here’s to week 16.

Oh good. Just got a call from insurance that my request to extend my short-term disability claim was denied because it wasn’t medically substantiated; that an episiotomy revision recovery should take 3 days. F You very much. 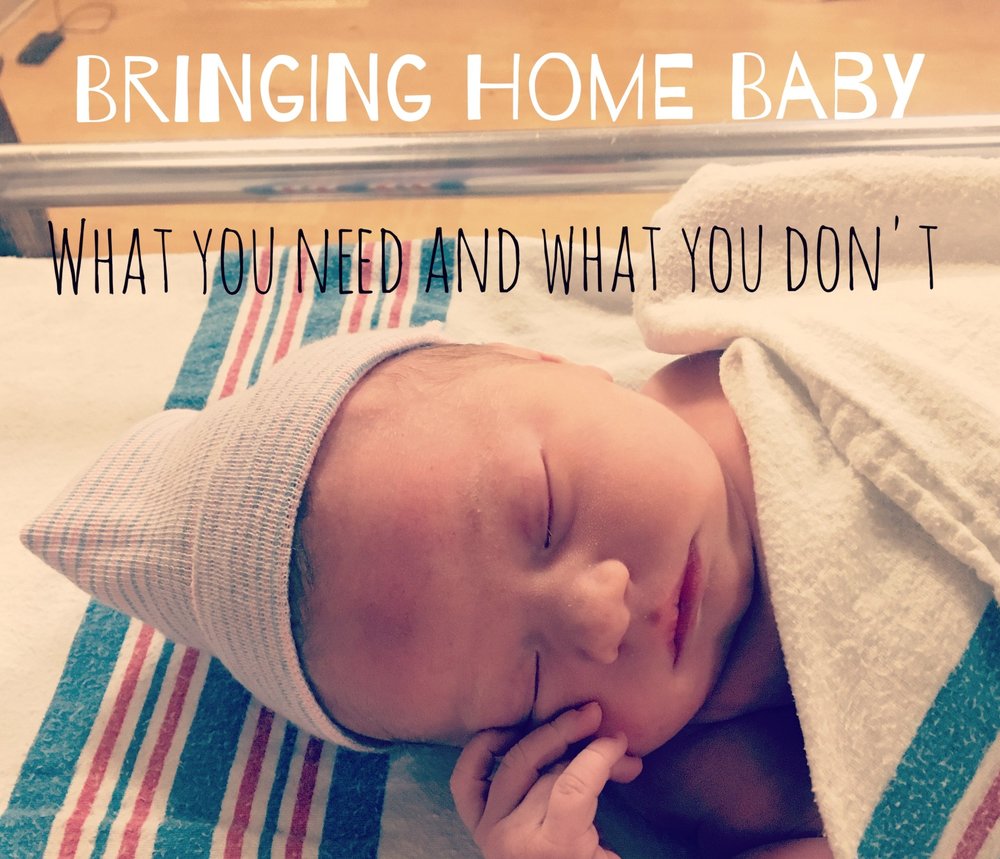 Well, as with many other blogs I’ve read, I’ve been a mom for 3 months now so clearly I know what I’m talking about (eye roll). I do, however, have a good idea of what helped us survive those first 3 months since it’s fresh on my brain, and what things you can probably pass on for your registry. I have not received any compensation for the products mentioned below; these just happen to be the ones we have and like.

For this section, I’ve added some things that have really helped us out, but don’t qualify as must-haves.

I’m sure I’ll offend someone in this section, if their favorite thing appears down here. Well, these are the things we have been perfectly happy without. If you want to get them anyway, go for it.

Changing Table – We ended up getting a dresser at IKEA (be sure you anchor it to the wall!) and put a changing pad on the top. No need for a single purpose changing table. She’ll be able to continue using this dresser once she’s dressing herself.

Bassinet – This also falls into the category of single-use furniture that’s unnecessary, if you use a Rock-n-Play for sleeping. You also don’t need the bassinet attachment for a Pack-n-Play, since the Rock-n-Play travels so easily.

Bottle Warmer – We got one of these, and haven’t used it once. You want to avoid over-heating the milk to keep all the good stuff in there; that’s why you don’t warm up bottles in the microwave, they warm unevenly and could cook it. What we always do is just warm it up under luke-warm water in the sink. Reviews for bottle warmers say they can potentially heat unevenly, so since we’ve been fine without it, we haven’t risked it.

Car Seat Accessories – We got a couple of the car seat upholstery protectors (that go under the car seat), and ended up returning them. Most car seat manufacturers say putting anything in the seat not made by the manufacturer, or between the seat and the car voids the warranty, and are unsafe (can cause the seat to not get a tight enough grip). While I’m sure 99.99% of the time it would be completely fine, we ended up deciding being safe is more important than not scuffing our car’s upholstery. Once she starts eating, there will be far worse damage anyway, I fear.

So that concludes my recommendations for 0 – 3 months! What newborn items could you not live without?